Join the NewCampus community for our Virtual Power Lunch Hour, a series of lunchtime group mentoring sessions with experienced industry leaders, influencers and game-changers over Zoom. They share insights into their personal and professional journeys in small-group interactive sessions, driven by discussion and Q&A with participants.

Capped at 15 people: You will always have the opportunity to ask the speaker questions directly, or get feedback on any ideas. 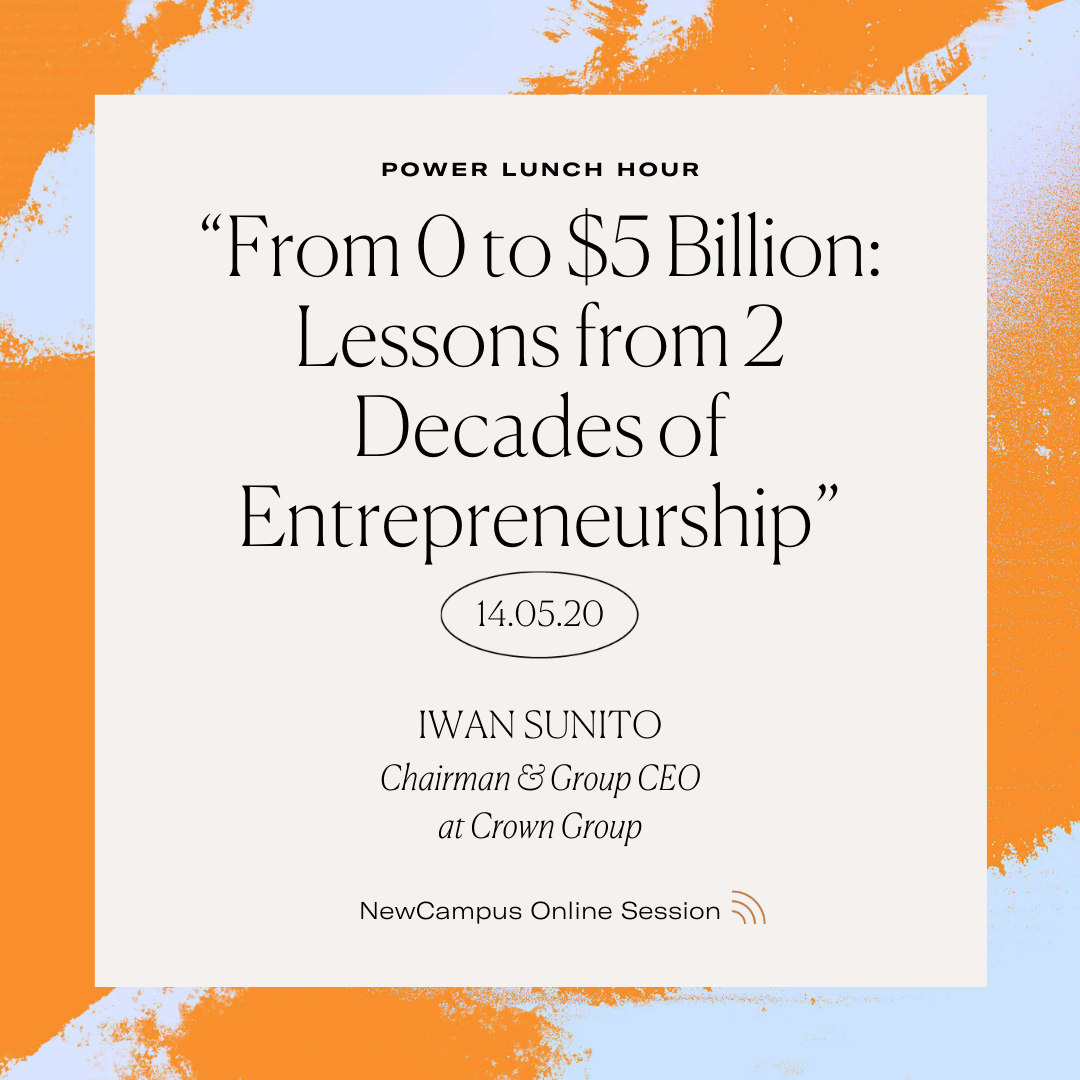 Please note that the event will begin promptly at 12 PM and latecomers will not be admitted. 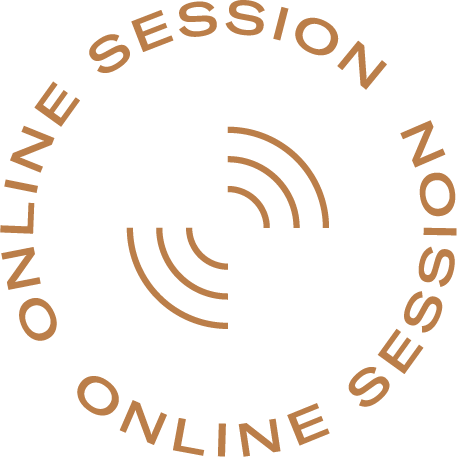 Iwan Sunito formed Crown Group with his business partner, Paul Sathio, in 1996. In the years following Crown Group completed a string of successful projects, weathering the storms of the 2008 global financial crisis and the company is now set to be one of the largest private property developers in Australia.

Among many of Iwan's achievements, Iwan was named 2015 Urban Taskforce Australia Property Person of the Year, one of the highest industry accolades in Australia. He was also a winner in the 2013 Ernst & Young Entrepreneur of the Year awards and awarded the 2013 Congress of Indonesian Diaspora Entrepreneur award.

His first book ‘From Borneo to Bloomberg, A Comeback Story and 13 Principles of Success’ was published in 2014. And in 2016, his top-selling biography ‘Without Borders’ by Teguh Sri Pambudi was published. 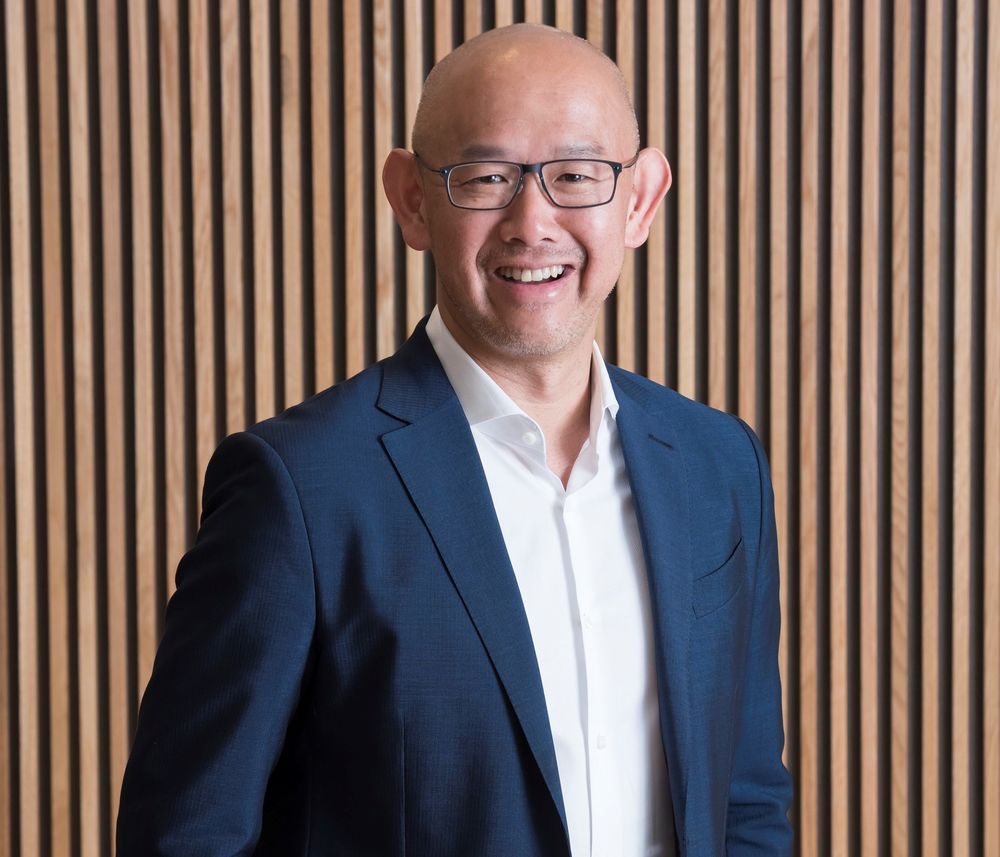 Tickets
Already a NewCampus member? Book this event as a member.
View all upcoming events

There are so many webinars. How is NewCampus any different?

We’re not a webinar. Nor are we an online course. NewCampus is a community learning experience—interactive, intimate and energising. You are not listening passively, you will be actively getting involved. Our sessions are designed so that you actually get to interact with both the speaker, but also more importantly with your new peers. They will be your future collaborators, clients and co-founders.

All our learnings formats—workshops, mentoring sessions, tiny conferences, dialogues and more—are designed with these principles in mind. There will always be a chance for you to share ideas in a small group, practice newly minted skills and get real-time feedback.

What do I need to join this session?

A stable wifi connection, a quiet well-lit corner and some headphones. After confirming your spot, you will receive instructions in your email about how to join this session via Zoom. You will also need to be ready to switch on your laptop camera and microphone to interact with your fellow colearners, who will need to be able to hear and see you.

Many members are in the first 5-15 years of their career, but our community is diverse and sees many in different age groups.

Most colearners join in from the Asia Pacific region which our session times work best for, but we are seeing new people from Europe and the US every week.

How do I RSVP to a NewCampus workshop or event?

You can choose to purchase a ticket, or book your spot as a member.

Members get access to all our events, classes and programmes, but also get much more: priority access, warm introductions to speakers, curated introductions personalised for your goals, invites to other exclusive events etc. We even help you review LinkedIn resumes, portfolios, and pitch decks if that’s what you need. Find out more about our membership here.

What other events or workshops does NewCampus run?

See our full calendar here. In any given week, you will usually find at least 3-4 sessions happening—and sometimes more. All NewCampus events and workshops are designed to help you shape the disruption in your industry, broaden your view of the world, and build a fulfilling career.

Can I ask my employer to sponsor my NewCampus class or membership?

Yes, many do. Here’s a template to help you get started. Or drop us a request to contact your boss/HR/L&D manager.

Building a new generation of leaders 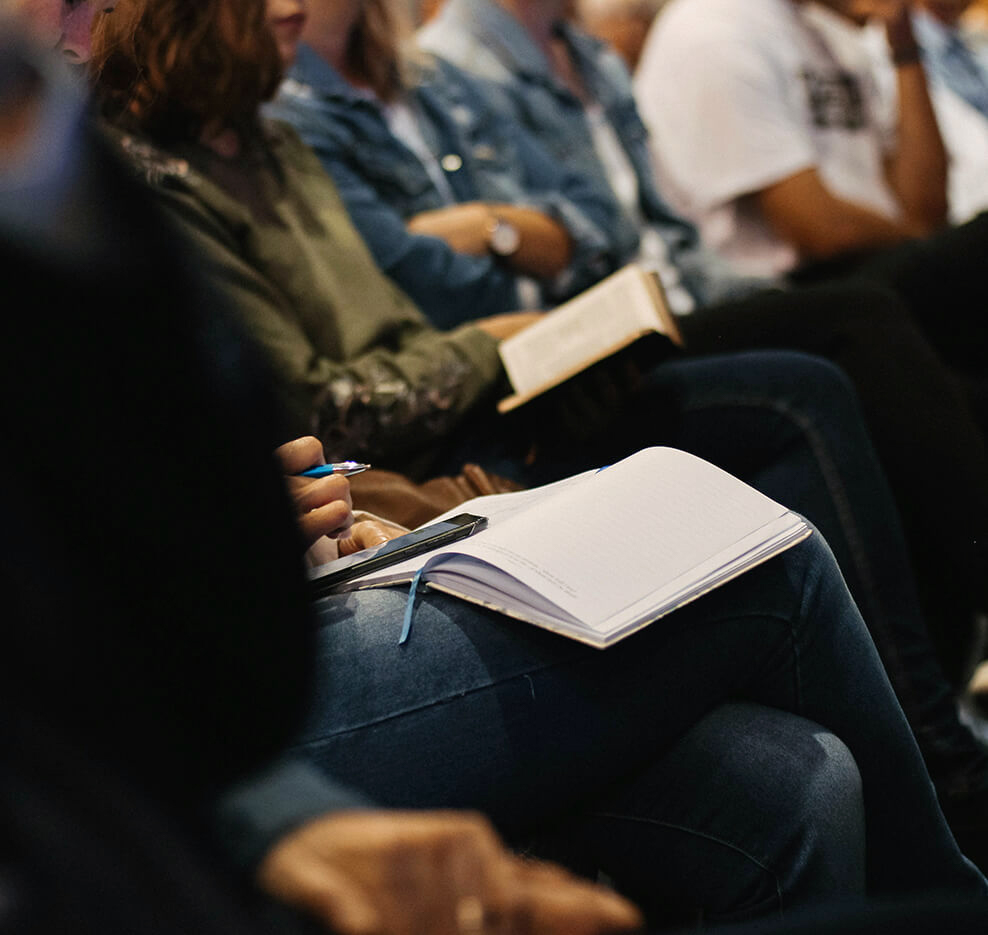 NewCampus brings together growth-minded executives, entrepreneurs, and creative professionals who prioritise levelling up themselves, their companies and their communities.

Get an all-access pass to the skills, resources and network you need to get ahead by signing up for our membership.

Disclaimer: The opinions and thoughts expressed by event speakers are strictly of their own and do not represent the views of NewCampus or the organisations which they work for, represent or invest in.